In The News
June 18, 2021 PROGRESS In Lending ATTOM, home flipping

The latest figure was down from 4.8 percent, or one in every 21 home sales in the nation during the fourth quarter of 2020 and from 7.5 percent, or one in 13 sales, in the first quarter of last year. The quarterly and yearly drops in the flipping rate marked the largest decreases since at least 2000.

The slide pushed profit margin returns down, with the typical gross flipping profit of $63,500 in the first quarter of 2021 translating into a 37.8 percent return on investment compared to the original acquisition price. The gross flipping ROI was down from 41.8 percent in the fourth quarter of 2020, and from 38.8 percent a year earlier, to its lowest point since the second quarter of 2011 when the housing market was still mired in the aftereffects of the Great Recession in the late 2000s.

Home flipping and profit margins dropped in the first quarter of 2021 amid an ongoing housing boom that spiked housing prices but created conditions less favorable for investors.

Median values of single-family houses and condominiums shot up more than 10 percent across most of the nation last year as a rush of house hunters jumped into the market, chasing an already-tight supply of homes squeezed further by the Coronavirus pandemic that hit early in 2020. The glut of buyers came as mortgage rates dipped below 3 percent and many households sought houses as a way to escape virus-prone areas and gain space for developing work-at-home lifestyles.

That price run-up also raised the possibility that home values during the housing boom, now in its 10th year, had increased to the point where they could flatten out during the roughly six-month period most investors need to renovate and flip homes.

“It’s too early to say for sure whether home flippers indeed have gone into an extended holding pattern. But the first quarter of 2021 certainly marked a notable downturn for the flipping industry, with the big drop in activity suggesting that investors may be worried that prices have simply gone up too high,” said Todd Teta, chief product officer at ATTOM. “After riding the housing boom along with others for years, they now might be having second thoughts. Whether this is the leading edge of a broader market downturn is little more than speculation. But ATTOM will be following all market measures very closely over the coming months to find out.”

Home flipping rates down in 70 percent of local markets

Aside from Memphis and San Francisco, the biggest quarterly flipping-rate decreases in 51 metro areas with a population of 1 million or more were in Dallas, TX (rate down 72 percent); Orlando, FL (down 71 percent) and Tampa, FL (down 69 percent).

Among metro areas with a population of at least 1 million, the biggest quarterly investment-return decreases during the first quarter of 2021 were in Memphis, TN (ROI down 64 percent); Austin, TX (down 54 percent); Houston, TX (down 50 percent); New Orleans, LA (down 38 percent) and Louisville, KY (down 37 percent).

Metro areas with the biggest quarterly increases in profit margins during the first quarter of 2021 included Springfield, MO (ROI up 120 percent); Provo, UT (up 118 percent); Omaha, NE (up 101 percent); Lynchburg, VA (up 101 percent) and Pittsburgh, PA (up 88 percent).

Median resale prices on home flips in the first quarter of 2021 were at least twice the median investor purchase price in only five of the 108 metro areas with enough data to analyze (4.6 percent).

Among metropolitan statistical areas with a population of 1 million or more and sufficient data to analyze, those with the highest percentage of flips in the first quarter of 2021 that had been purchased with cash by investors included Detroit, MI (82.3 percent); Pittsburgh, PA (77.3 percent); Cleveland, OH (74.6 percent); Charlotte, NC (72.5 percent) and Tampa, FL (72.3 percent).

Average time to flip nationwide drops to smallest number since 2013 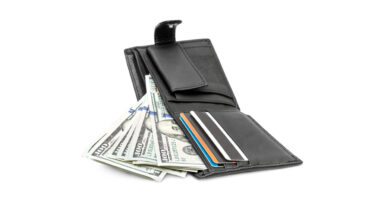 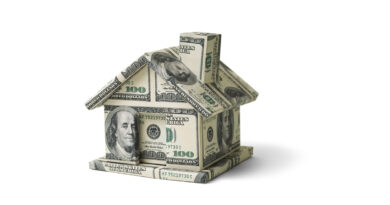