Delinquency rates for mortgages backed by commercial and multifamily properties Increased for the second month in a row in December, according to the Mortgage Bankers Association’s (MBA) latest monthly MBA CREF Loan Performance Survey. The survey was developed to better understand the ways the pandemic is impacting commercial mortgage loan performance.

“The increase in commercial and multifamily mortgage delinquencies in December is a symptom of the economic slowdown stemming from the recent surge in COVID-19 cases,” said Jamie Woodwell, MBA’s Vice President of Commercial Real Estate Research. “Delinquencies initially jumped in April and May, driven by the impact the pandemic had on lodging and retail properties. For several months, delinquency rates declined as the economy stabilized. But more recently, the added stress from a winter wave of the virus has weakened the economy and challenged some owners, as property income has been disrupted. The roll-out of multiple COVID-19 vaccines is good news for the long-term, but last month’s rise in commercial mortgage delinquencies reinforces that many challenges remain between now and when the economy can fully reopen.”

The balance of commercial and multifamily mortgages that are not current increased for the second month in a row in December, driven by more loans becoming newly delinquent.

Loans backed by lodging and retail properties continue to see the greatest stress. The overall share of lodging, office and industrial loan balances that are delinquent increased in December.

MBA’s CREF Loan Performance survey collected information on commercial and multifamily mortgage portfolios as of December 20, 2020. This month’s results build on similar monthly surveys conducted since April. Participants reported on $1.9 trillion of loans in October, representing approximately half of the total $3.8 trillion in commercial and multifamily mortgage debt outstanding (MDO). 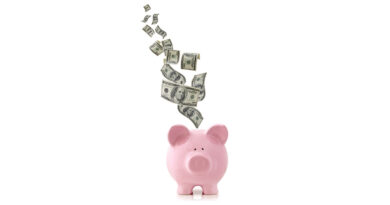